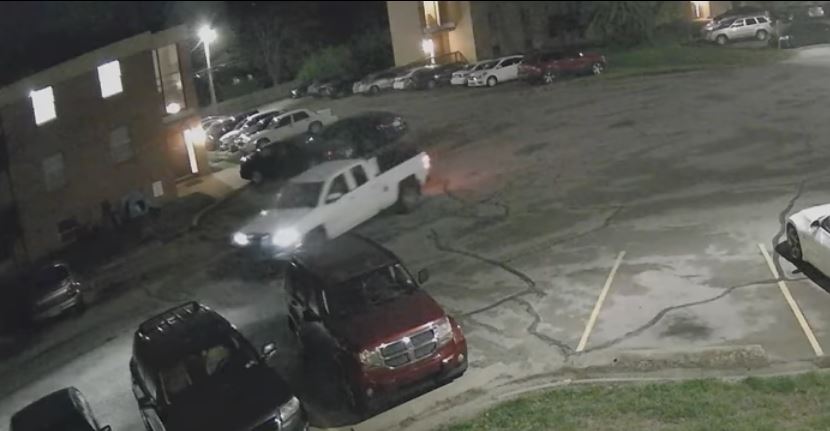 Riley County Police are seeking the public’s help identifying a truck involved in an incident where shots were fired in the early morning hours of April 23 at the Park Place Apartment complex on Cambridge Place.

Police say a criminal report was filed that morning when an unknown suspect fired approximately seven shots in the direction of one of the apartment buildings and then fled. No one was injured, but several pieces of property were damaged.

RCPD has shared surveillance video showing a white truck going through the parking lot on its Facebook page.

Anyone with information should contact RCPD or Crime Stoppers.