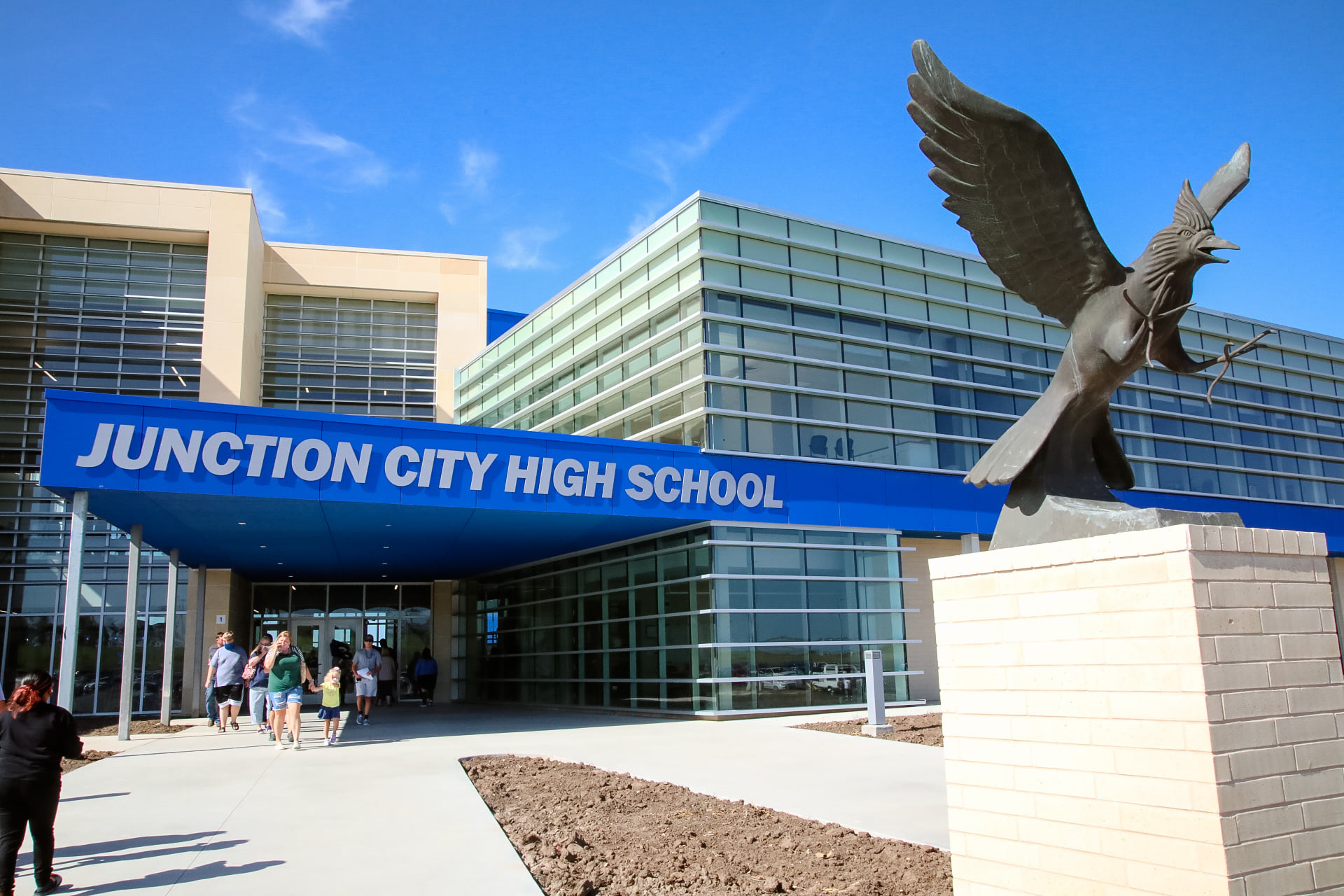 An official ribbon cutting for the new Junction City High School will take place next month.

The new school, which broke ground in April 2019, opened to students and staff in late August and replaces the former high school, which was built nearly 70 years ago.

The district initially had planned to host the public tours in August but was forced to reschedule due to construction delays.