You are at:Home»Local News»Riley Co. Emergency Manager encourages people to plan ahead before flooding occurs 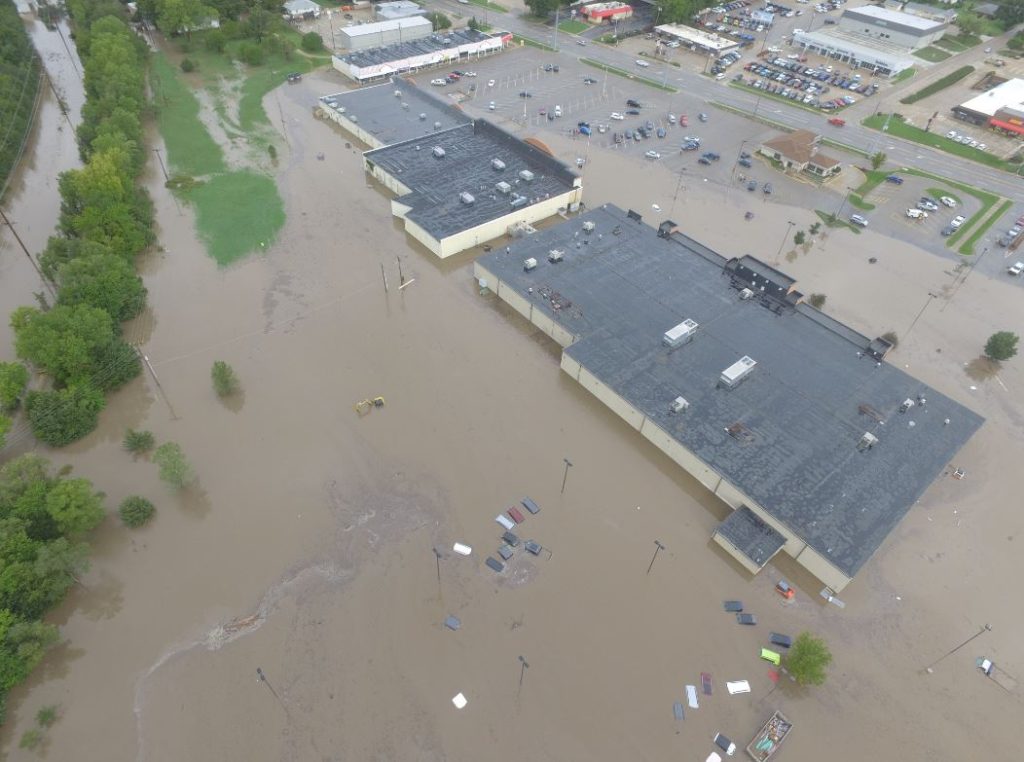 MANHATTAN — Riley County Emergency Management Director Pat Collins is advising the public to have multiple ways to get notifications in the event of severe weather including flood events.
Speaking on KMAN’s In Focus Tuesday Collins noted the forecast for heavy showers and thunderstorms this week could cause issues with flooding on streams and rivers, especially around Wildcat Creek.
Pat Wildcat Creek

Collins says it won’t take much for rivers and streams to fill up if the rain persists. That’s why he says people need to have a plan ahead of the storms.

Pat 2 b
A flood watch is posted Tuesday evening through Wednesday evening for Riley, Pottawatomie and Geary counties. Further to the north, a flood warning remains in effect for the Big Blue River at Blue Rapids where minor flooding has been occurring. That river flows into Tuttle Creek Lake which is likely to rise as a result and Collins says we could see reservoirs getting shut down at some point by the Army Corps of Engineers.
Pat lakes rise

Collins says a major reason for the Big Blue River’s flood warning is due to heavier snows that have fallen in Marshall County and portions of south-central Nebraska.

Pat Big Blue
Collins says because so many people live in flood prone areas around Manhattan, it’s imperative to be able to get notified of weather alerts. He advises people to not wait until it’s too late and for people to take initiative to protect themselves. You can sign up for emergency notifications from Riley County Emergency Management by clicking here.
Notifications can be sent via text and will look like the screenshot below. 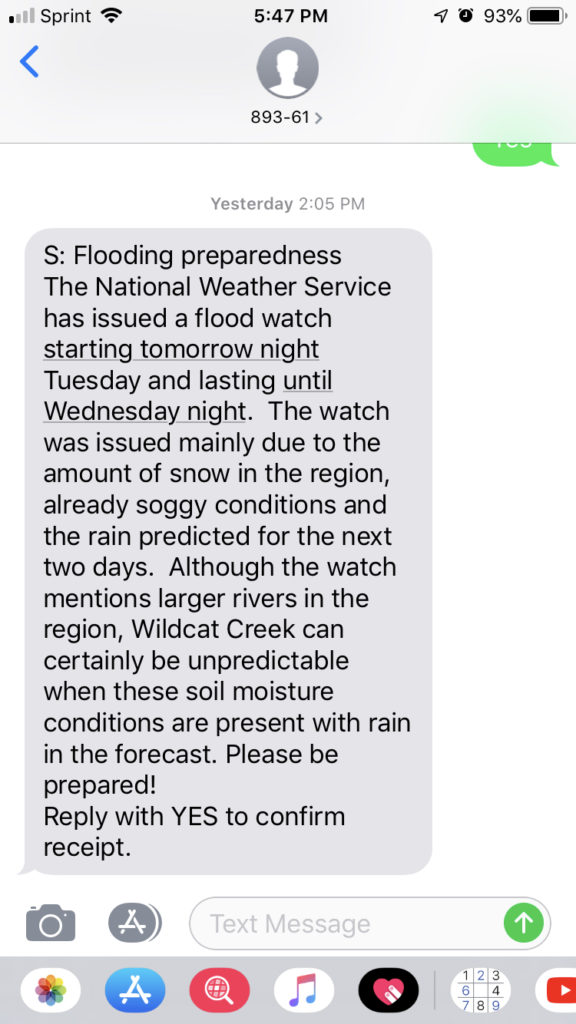