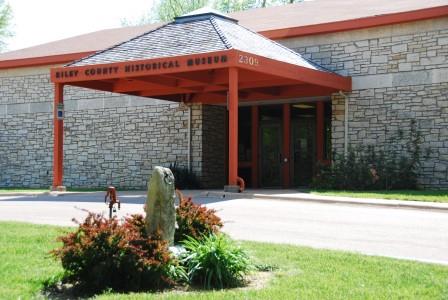 The Riley County Historical Museum will be closed Tuesday from noon to 5 p.m.

Riley County commissioners granted the closure so staff could attend the funeral of long time executive director Cheryl Collins, who died last week following a brief illness. Curator of Design Allana Parker joined KMAN’s In Focus Monday and remembered Collins as a caring person who enjoyed sharing her knowledge of history and also listening to others.

Parker was hired by Collins nearly a decade ago and says she’ll always be fond of the opportunity to work alongside her mentor.

Collins began working at the museum in 1981, later taking over as the museum’s third director in 1988, a position she held up until her death.

A funeral service for Collins will take place at 1:30 p.m. Tuesday at the First Methodist Church with interment at 3:30 p.m. at the Humboldt Creek Cemetery. The family was scheduled to greet friends from 6 to 8 p.m. Monday evening at Yorgensen-Meloan-Londeen Funeral Home, located at 1616 Poyntz Ave. in Manhattan.

Memorials are suggested to the Riley County Historical Society and can be left in care of the funeral home.