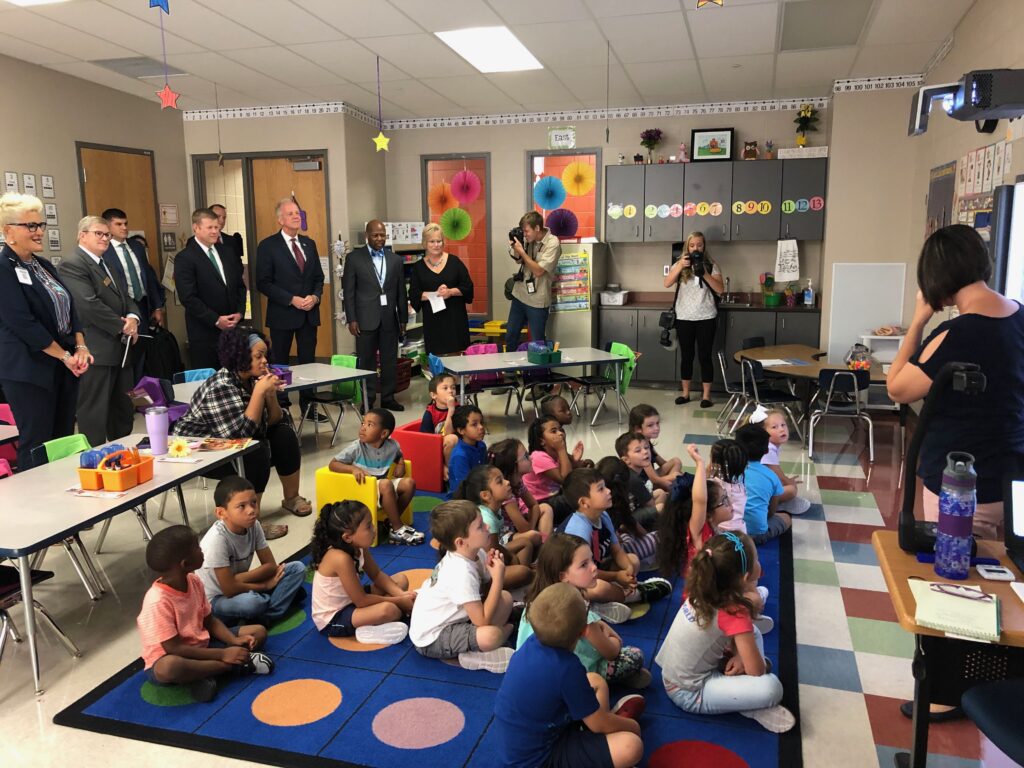 The Fort Riley school, which opened in 2012 houses roughly 700 students whose parents are active in the Army. It is part of the USD 475 Geary County School District.

Sen. Moran worked closely with McCarthy under then-Defense Secretary Robert Gates in 2010 to secure federal appropriations to construct a state-of-the-art facility. The tour included visits with school children, teachers and administrators. After the tour Moran gave his takeaway.

It was Secretary McCarthy’s first visit to Seitz since the building was constructed. He says visiting with students showed that the hard work has paid off.

McCarthy visited the building that was housed at Fort Riley prior to the Seitz Elementary construction. That was back when allocations were being sought to build the new school.

Including the school, Moran says $1.8 billion has been invested on Fort Riley since 2006 on housing and a new hospital. Moran added that work is not done. He mentioned the need for an additional school on post to be built using federal funds.

No timetable was announced for when that funding might come about. During their visit Moran and McCarthy met with a number of students and teachers. Photos can be found below. All photos by Brandon Peoples/KMAN. 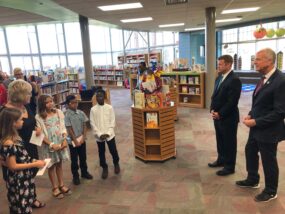 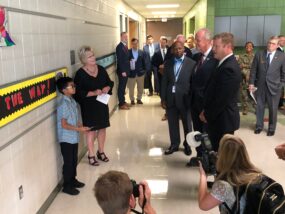 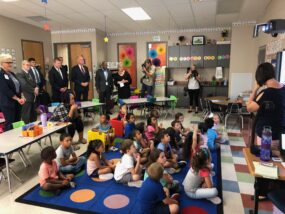 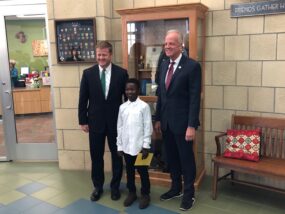 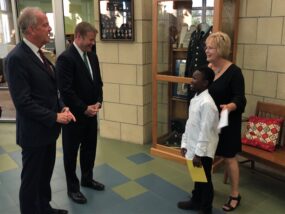 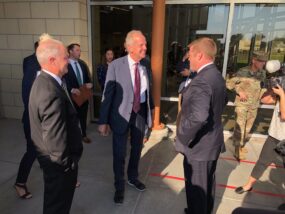