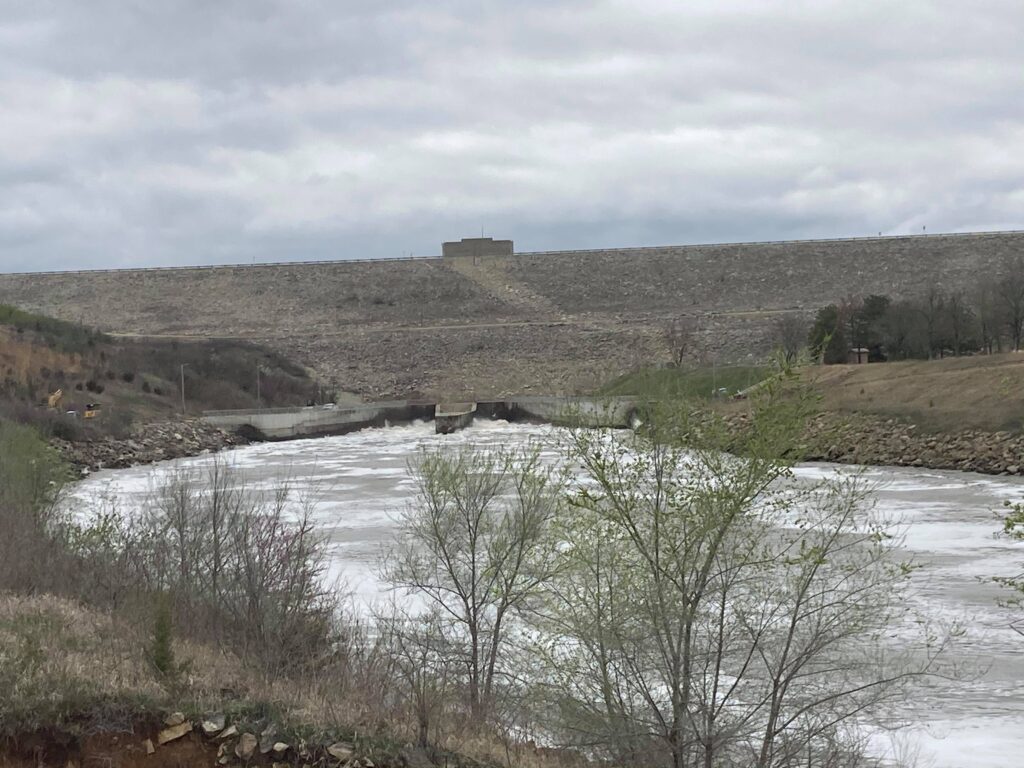 The project primarily repairs sinkholes that occurred in the area in 2015 and also previously in 1987. Crews have completed new buried back wall drains at a shallower depth and replaced the top 8 feet of the stilling basin’s side walls. U.S. Army Corps of Engineers Operations Project Manager Brian McNulty tells KMAN most of the underground work is now done.

“There’s 34 of those large post tension anchors that have been installed along both sides of the basin. All of those are in place. Eight of them have the 30-day tensioning process yet to be done. That’s a three step process,” he said.

McNulty says that will take place at the end of this month. Top of wall concrete treatment, hand-railing, site sidewalks, paving and gate restoration still is yet to be complete, but is underway.

“Hopefully we should be complete with that project sometime mid-summer hopefully,” he said.

All public access to the area remains closed during construction.

In addition to work in the stilling basin, McNulty says work will also soon begin to repair riprap — the large rocks on the upper part of the dam’s upstream side.

“Weather has caused some delays there. We also funded another portion of that campground here within the last couple months. Those repairs are scheduled to be done, weather dependendt, by mid-July. Optimistically, I would like to see them open by the 4th of July, but Mother Nature will dictate that,” he said.

Most boat ramps are available except at Tuttle Cove. Boating traffic has been increasing as temperatures warm up.

Presidential directives apply to all federal properties, including mask wearing in all public buildings.