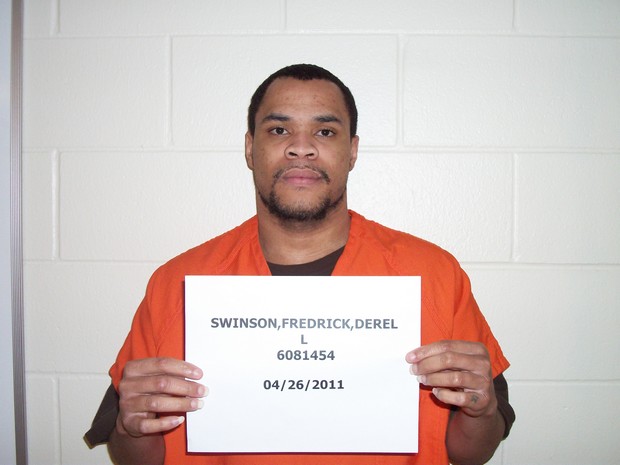 A Junction City man is back behind bars after failing to appear for a court hearing.

Online court records show 33-year-old Frederick Swinson was due in Riley County District Court Friday for a first appearance to face criminal charges from a June 2019 aggravated robbery and burglary in Ogden. He was arrested Thursday on a warrant.

Swinson is charged with one count each of aggravated robbery, aggravated burglary, criminal possession of a weapon and conspiracy to commit robbery. Three people were listed as victims in the case.