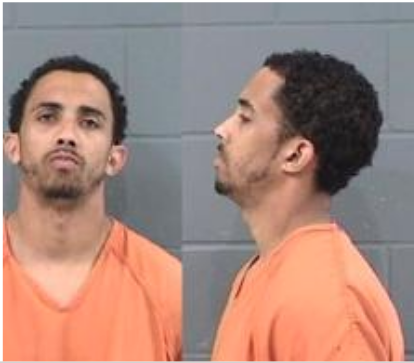 The suspect involved in a multi-county pursuit Monday involving a stolen vehicle was brought into custody Tuesday afternoon in Ogden without incident.

According to the Riley County Police Department, 32-year-old Joshua Jones was arrested shortly after 1 p.m. Police blocked off a stretch of 10th Street in Ogden Tuesday in a follow up to the overnight manhunt.

Jones had been sought after Geary County deputies attempted to a traffic stop Monday on I-70 near Junction City. Jones then reportedly failed to yield to emergency vehicles and led officers on a brief pursuit prior to the wrecking the vehicle in Ogden, and fleeing on foot.

Law enforcement from Riley and Geary County and Kansas the Highway Patrol searched the area until just before 9:30 p.m. Monday when the search was called off and resumed the search Tuesday morning.