You are at:Home»Local News»Tuttle Creek Lake level dips below 1,100 feet for first time since March 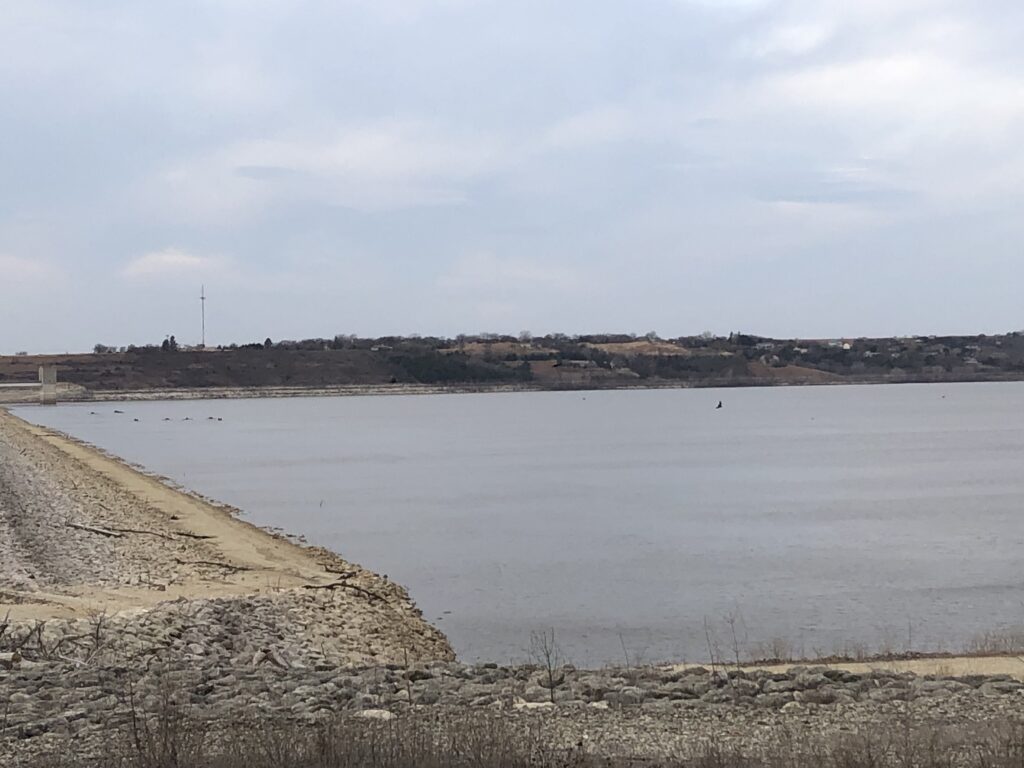 Tuttle Creek Lake as viewed from the east side on Nov. 20, 2019. Photo by Brandon Peoples/KMAN

Dropping water levels at Tuttle Creek Reservoir have reached a milestone following a spring and summer full of severe rainfall.

For the first time since March, the lakes elevation has dropped below the United States Army Corp of Engineers’ “increased surveillance level” of 1100 feet.

While this is a step in the right direction, Tuttle Creek Dam officials hope to lower levels even more.

“We’re releasing 14,000 cubic feet per second right now,” Brian McNulty, the Tuttle Creek U.S. Army Corps of Engineers Operations Project Manager said Tuesday. “That’s going to continue probably into early December. Assuming we don’t get any appreciable rain, that should allow us to get the lake down probably the second week of December and we’re actually going to go down to our winter starting level of 1072 (feet).”

According to McNulty, outflow of water from the dam is not expected to increase unless more rain occurs and downstream conditions are suitable.

“All of the lakes are dropping good now in the Kansas River Basin,” McNulty said. “There’s five lakes with an appreciable amount of water in it. That’s Harlan County in Nebraska, Milford, Tuttle, Clinton and Perry and there’s about 850,000 acre feet in storage as of today. Tuttle has a little over half of that in their pool.”

These lakes will likely see a decrease in outflow in the near future.

Despite dropping water levels, there are roads in both Riley and Pottawatomie County that may remain closed for a while at least until damage assessments can be completed.

“The lake was up for so long, all of the roads are saturated, probably have a lot of sediment on them and the base material under the road is saturated, so it won’t support a lot of weight and traffic,” McNulty said.

McNulty mentioned that areas around Blue River Hills Rd. and the White Canyon subdivision may still be submerged.

To stay up to date on the elevation of Tuttle Creek Reservoir and other lakes and rivers in the area, visit tuttlecreek.info.

Even though lake levels are down, there is still damage that will need to be assessed for roads and bridges in Riley County. Emergency Management Director Pat Collins says they have yet been able to asses any damage, but hope to get out to those roads next week.

“There’s a documentation part of this that goes along with every little bit of damage we have. A road for example, when rock washes of the road, our Public Works department goes out and evaluates the situation, what needs to be replaced,” Collins said. 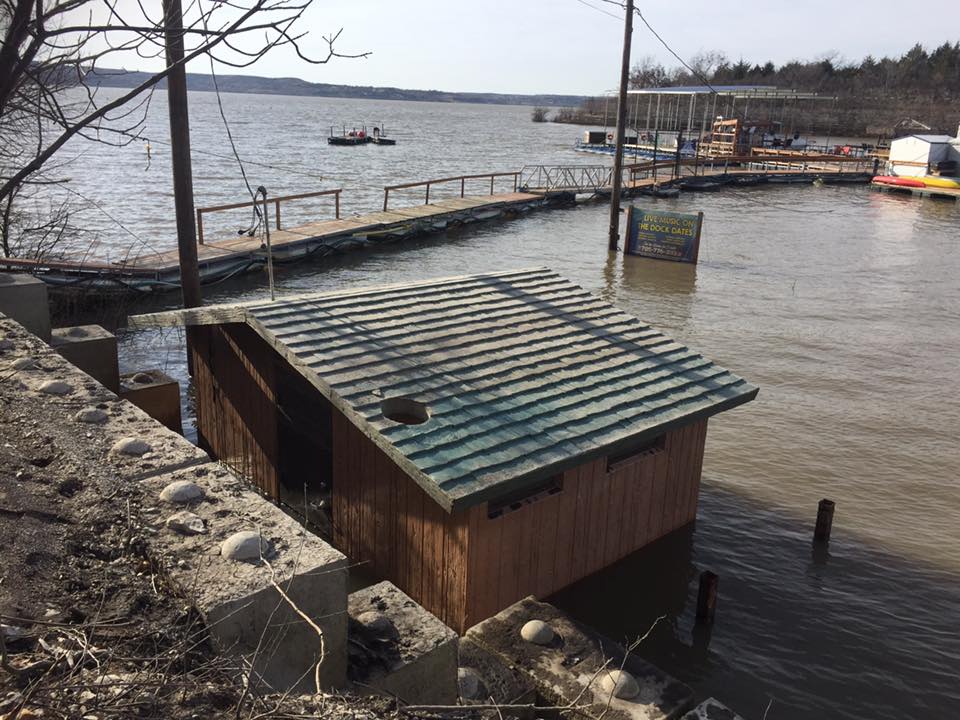 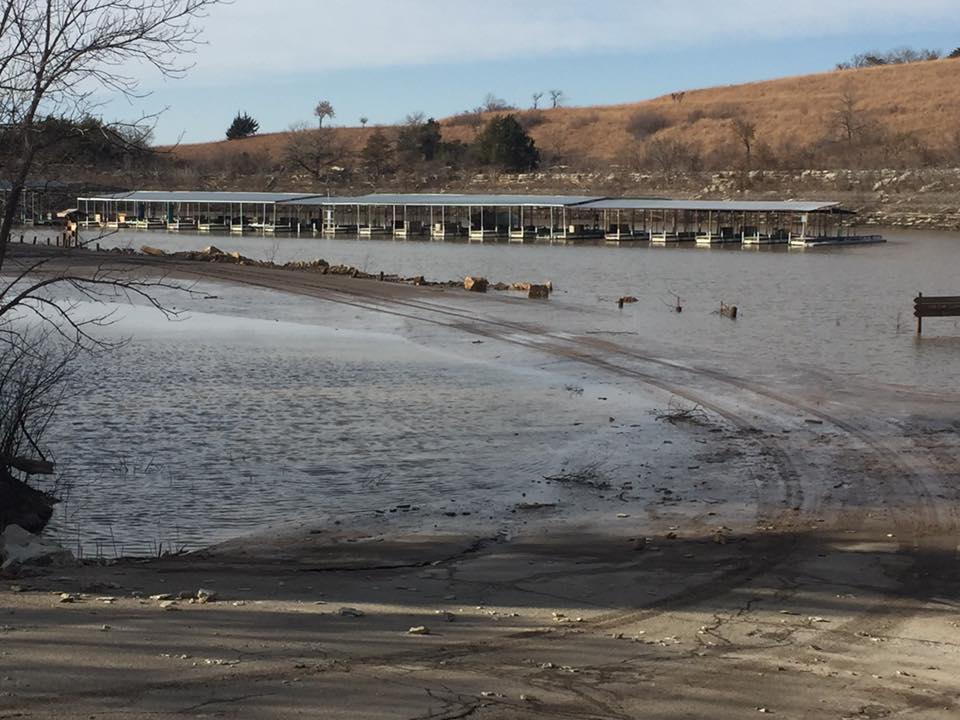 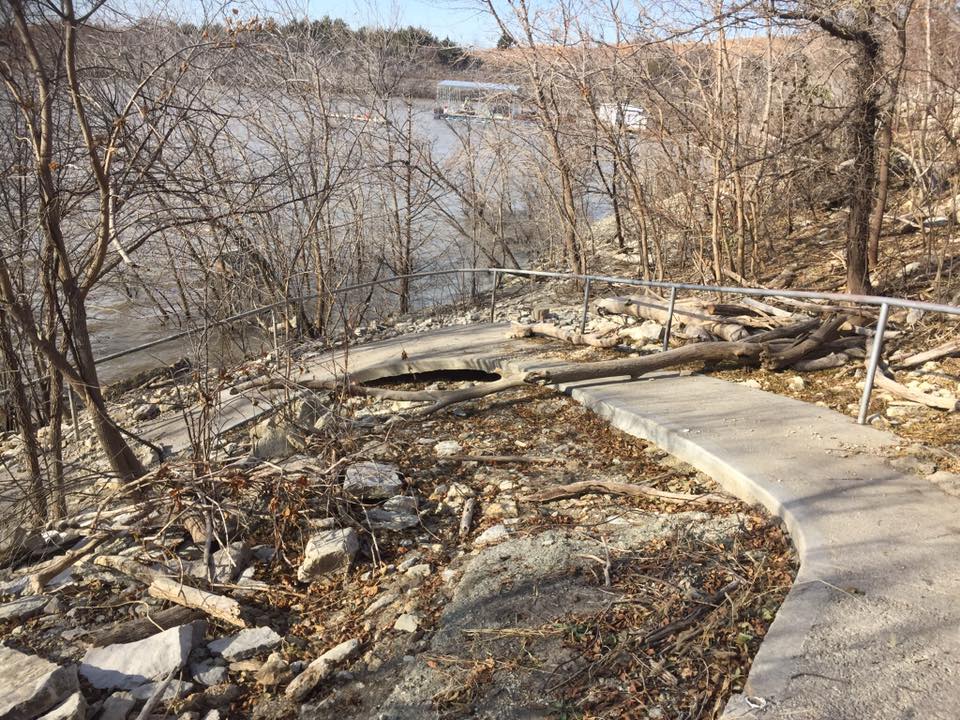 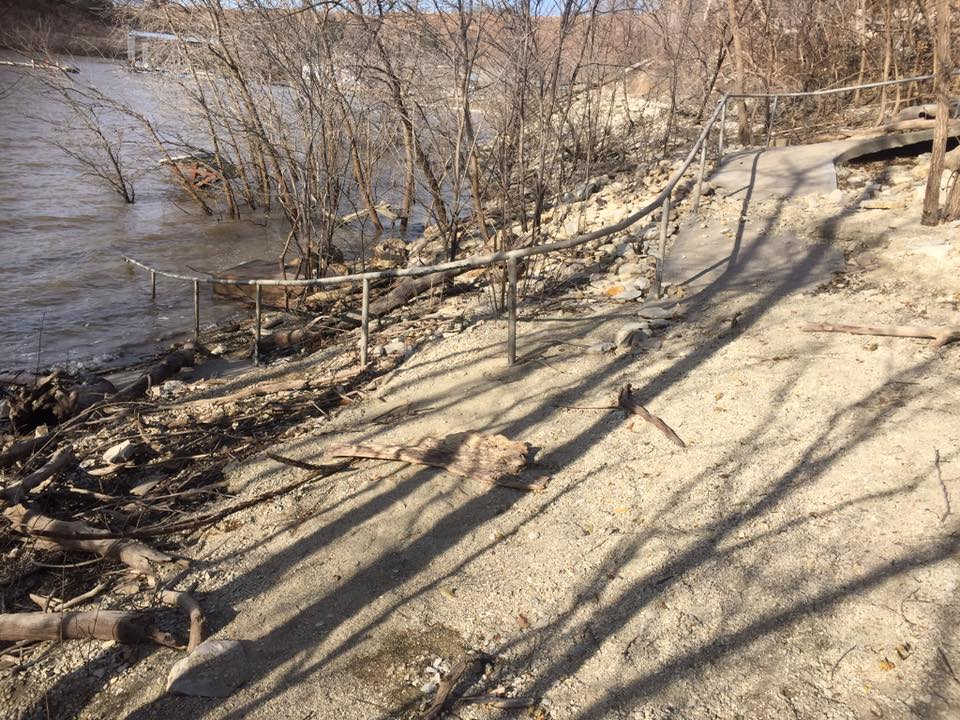 Everything assessed will go into supplementals for FEMA reimbursements to pay for the damage. This is a key reason why Riley County Commissioners opted this week to extend the emergency declaration.

Collins says at this point most of the roads are getting back to some normalcy, even though water is not off all the roads just yet. He also says this year has been one for learning.

“I think we tried to get communications out as much as we could. There are some things that we need to do to make changes in the future. I think we’re going to see some of the continuation of some of the roads and stuff we had that were under water, looking at alternatives,” Collins said.

The Kansas Department of Wildlife, Parks and Tourism on its Facebook page last week said that while water may be coming off the roads, they remain barricaded in many spots for a reason, primarily due to potential damages the roads may have sustained. The Kansas Department of Transportation recommends traffic off of them for 60 days after water comes off.
KMAN reporters Derek Simmons and Sam Hennigh both contributed to this story
Share. Twitter Facebook Google+ Pinterest LinkedIn Tumblr Email