You are at:Home»Local News»Tuttle Creek Lake officials nearing potential for some water releases 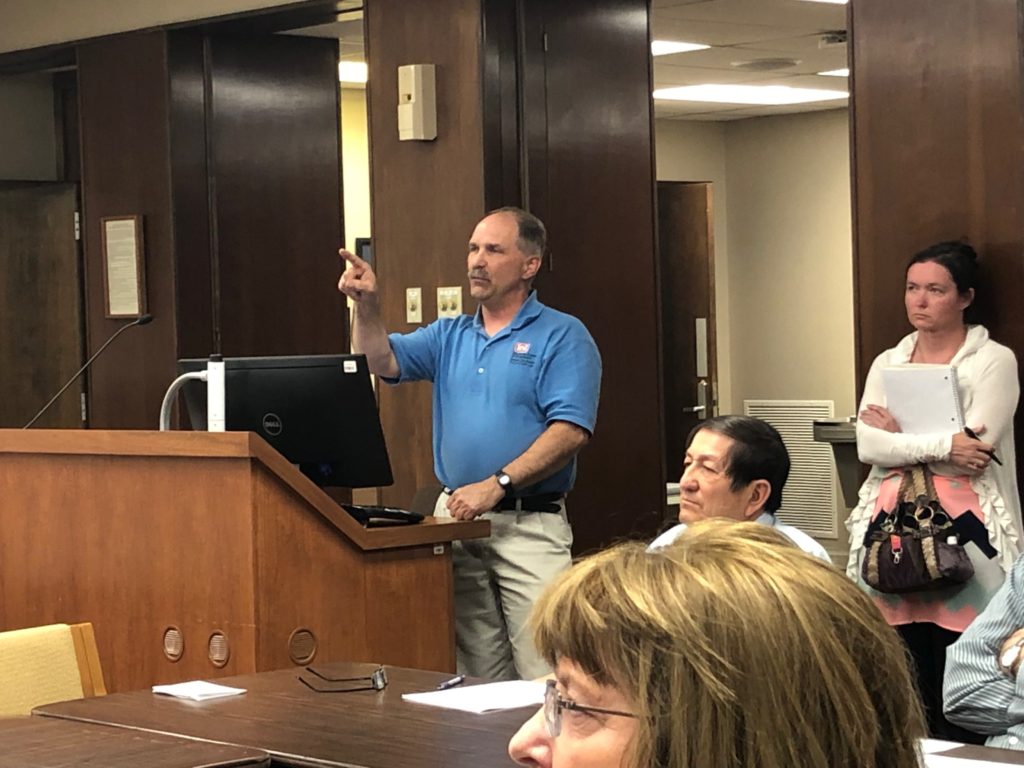 MANHATTAN — Rising waters at Tuttle Creek Reservoir have been a concern for many in the region since a wet March inundated the lake with its third highest readings since 1973.

U.S. Army Corps of Engineers Operation Project Manager Brian McNulty informed a joint meeting of Manhattan, Riley and Pottawatomie county officials that the lake is currently in a Phase II zone of operations for flood control. 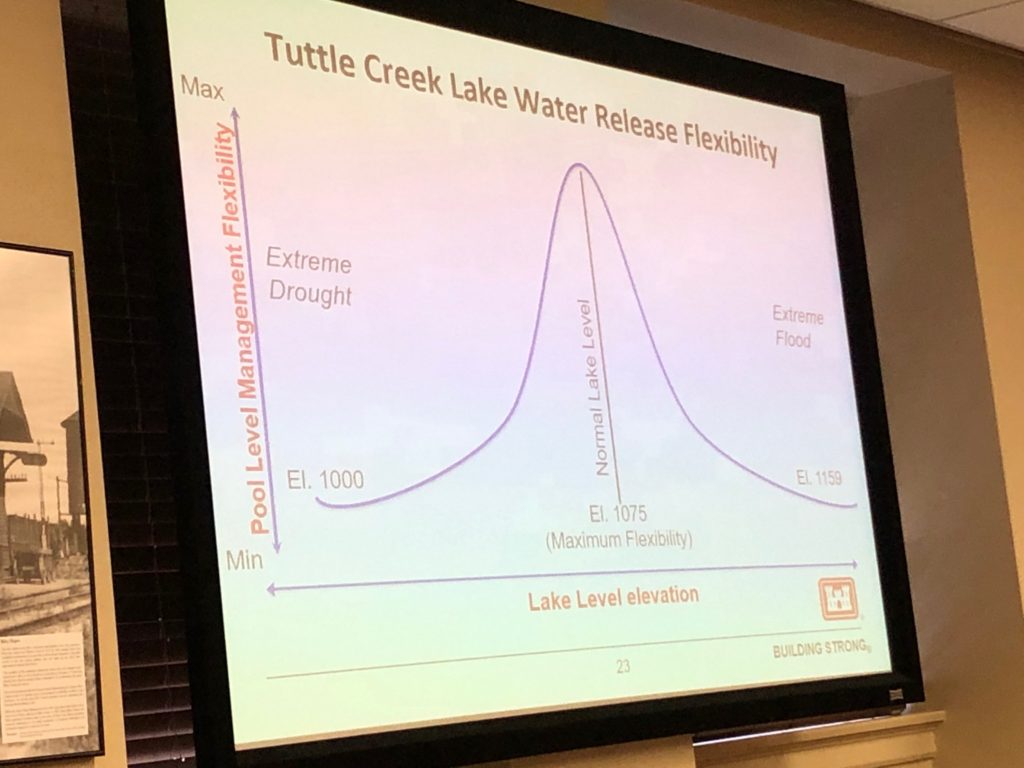 As of Thursday, the Missouri River at Waverly was just under 22 feet and scheduled to continue dropping off over the next 10 days. If that trend continues, McNulty says they could potentially release some water as soon as next week.

McNulty says adding to the pressures on the Missouri River has been flooding in the Omaha district which was one of the hardest hit areas of the March flooding.

Because Tuttle Creek Lake is holding more in its reservoir than Milford or Perry Lake, it likely will continue to have priority on releasing water into the month of May. Currently 51.8 percent of its flood pool is filled. 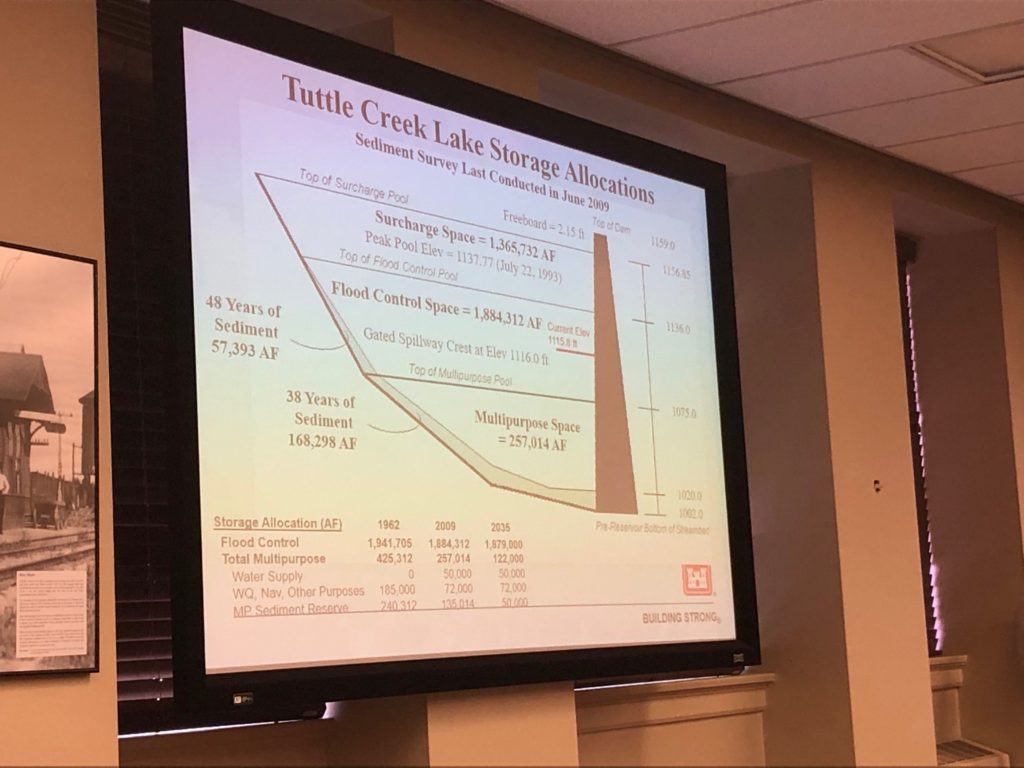