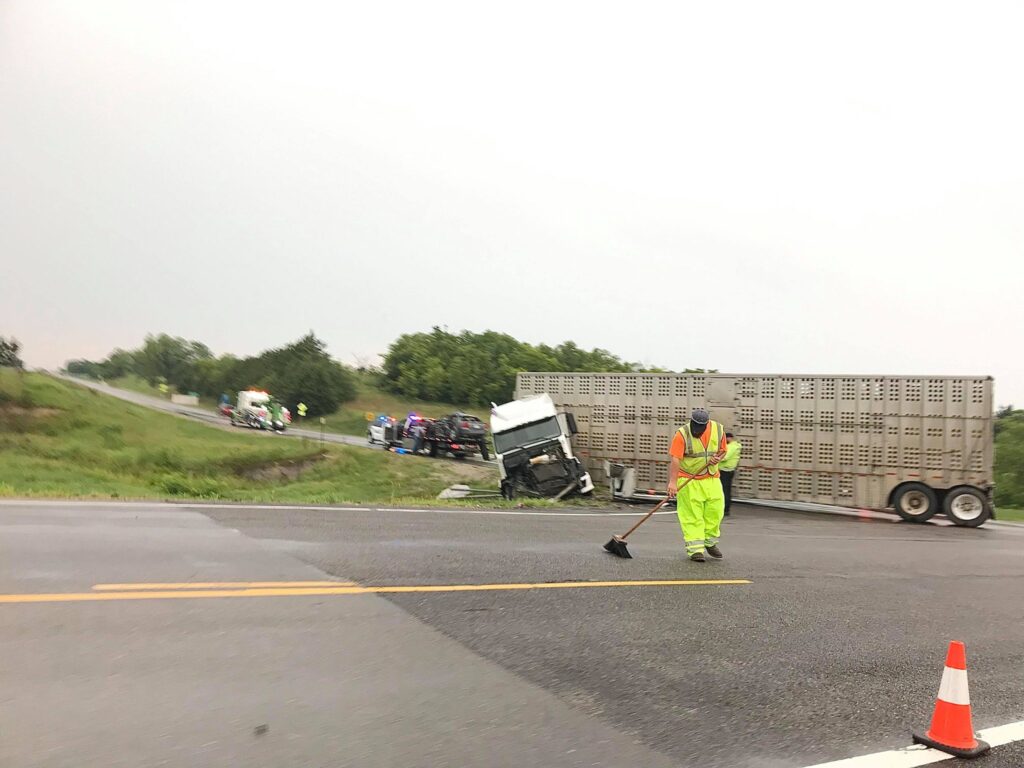 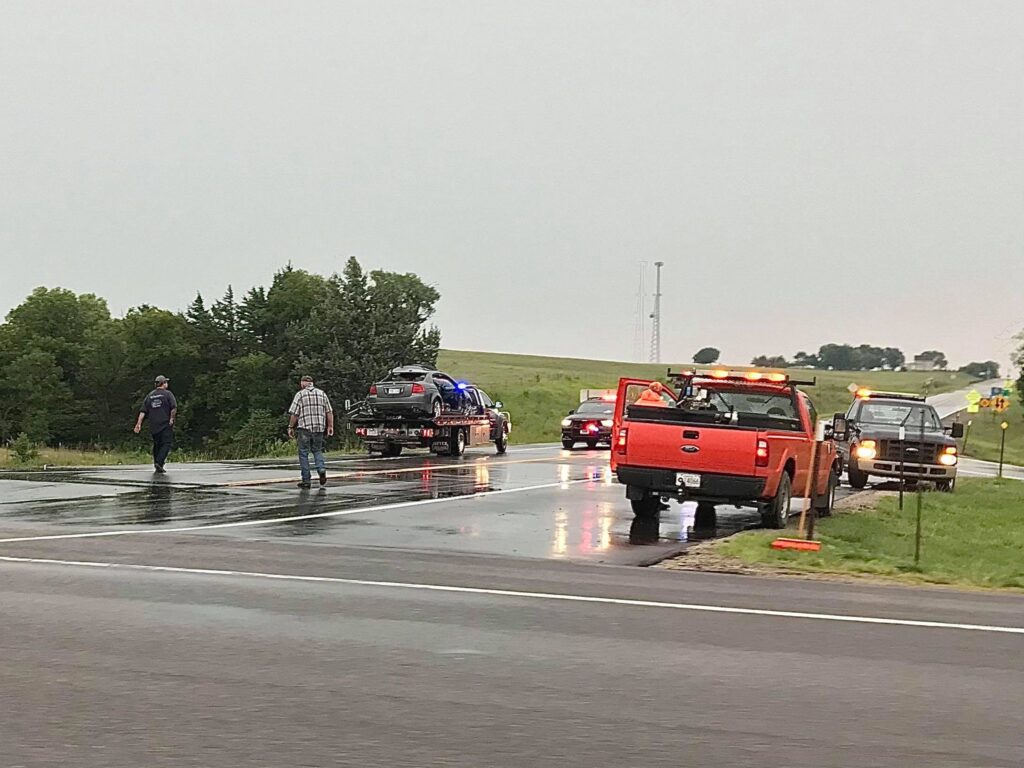 The Kansas Highway Patrol has identified the victim in Sunday’s fatal crash on Highway 77 near Randolph.

According to the online crash report, 38-year-old Adam Samuelson, of Randolph, died after his car was struck by an eastbound semi truck which ran a stop sign at the intersection of Hwy 77 and Green Randolph Road. Samuelson’s vehicle was driving northbound on 77 and was struck on the driver’s side.

The crash led to a roughly 2 hour closure of the highway Sunday morning. The semi driver, 81-year-old Russell Peterson, of Randolph, was not injured.

One person was killed Sunday morning in a crash on Hwy 77 near Randolph.

The Riley County Police Department confirmed the individual was transported to Ascension Via Christi in critical condition after a semi and a passenger car collided near the Roblyer Road intersection. At Monday’s Riley County Commission meeting, an EMS official confirmed that individual later died. The crash led to about a 2 hour closure of the highway.

The Kansas Highway Patrol is investigating the crash.

The victim’s name and additional crash details have not been released.