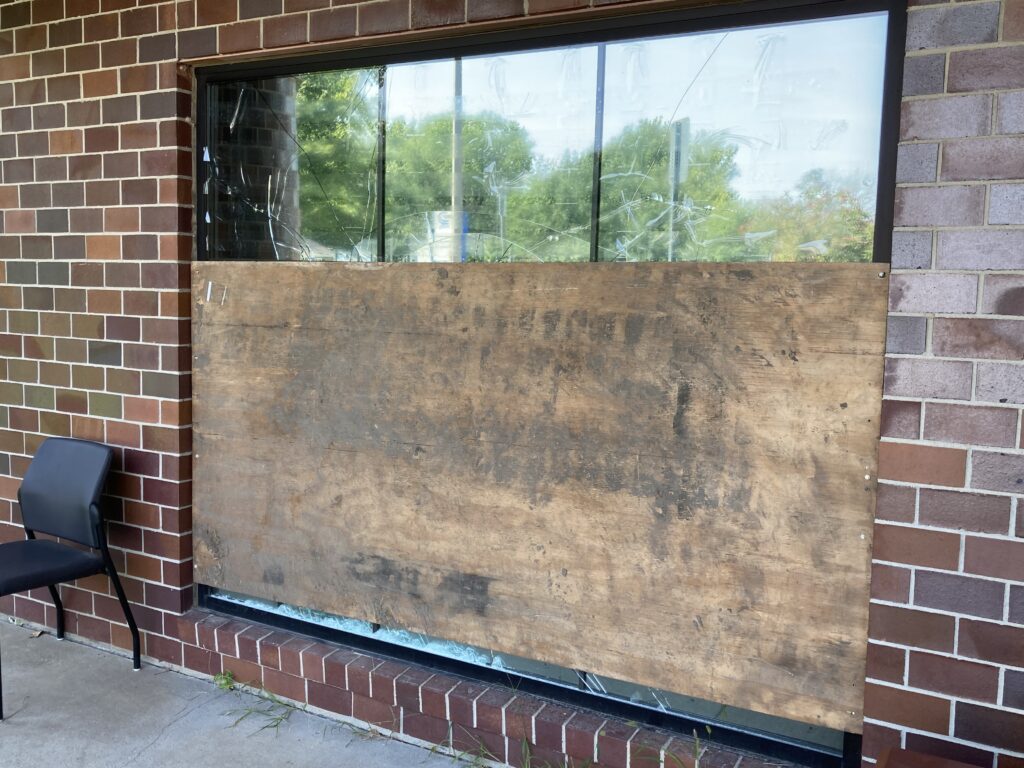 The front window near the east entrance to the health department’s main office. (Photo by Brandon Peoples/KMAN)

Riley County Police are investigating vandalism of the Riley County Health Department from over the weekend.

According to RCPD’s activity report, a criminal damage report was filed Saturday night, in the 2000 block of Tecumseh Road, after an unknown suspect broke out multiple windows at the facility with a baseball bat. The estimated total loss is around $3,000.

A motive is not clear at this time but Riley County Public Information Officer Alice Massimi tells KMAN it does not appear the incident was targeted directly at the health department or health officials.

Police are asking anyone with information to contact RCPD or Manhattan Riley County Crime Stoppers. 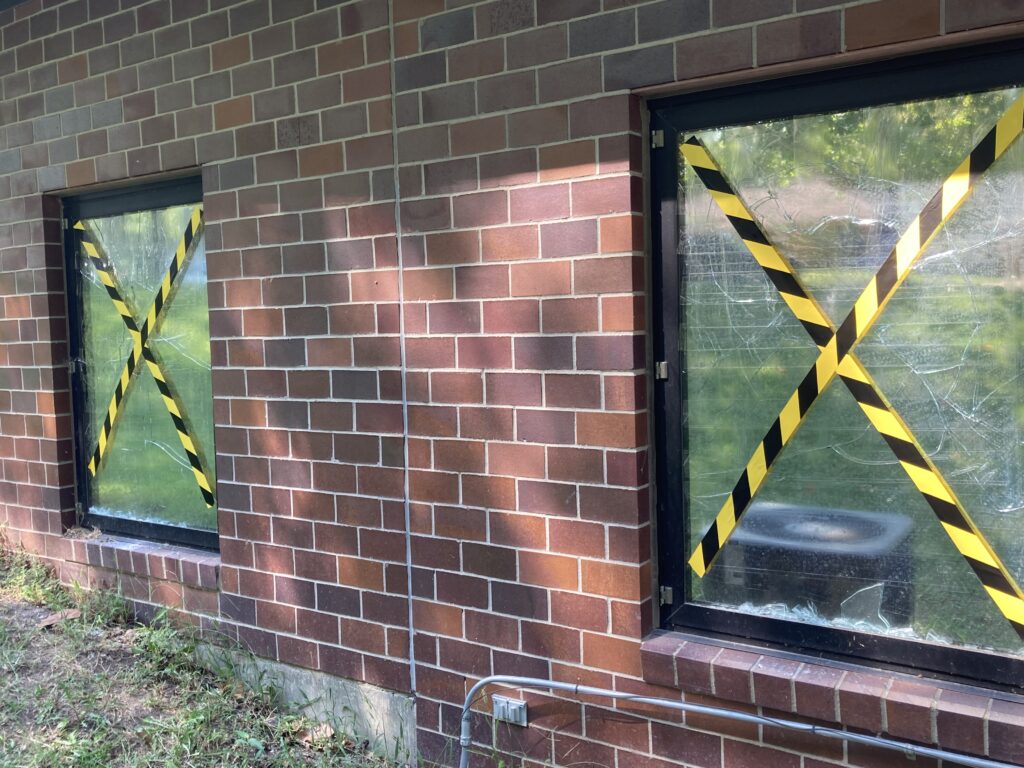 The south windows on the health department were damaged over the weekend by an unknown vandal. (Photo by Brandon Peoples/KMAN)