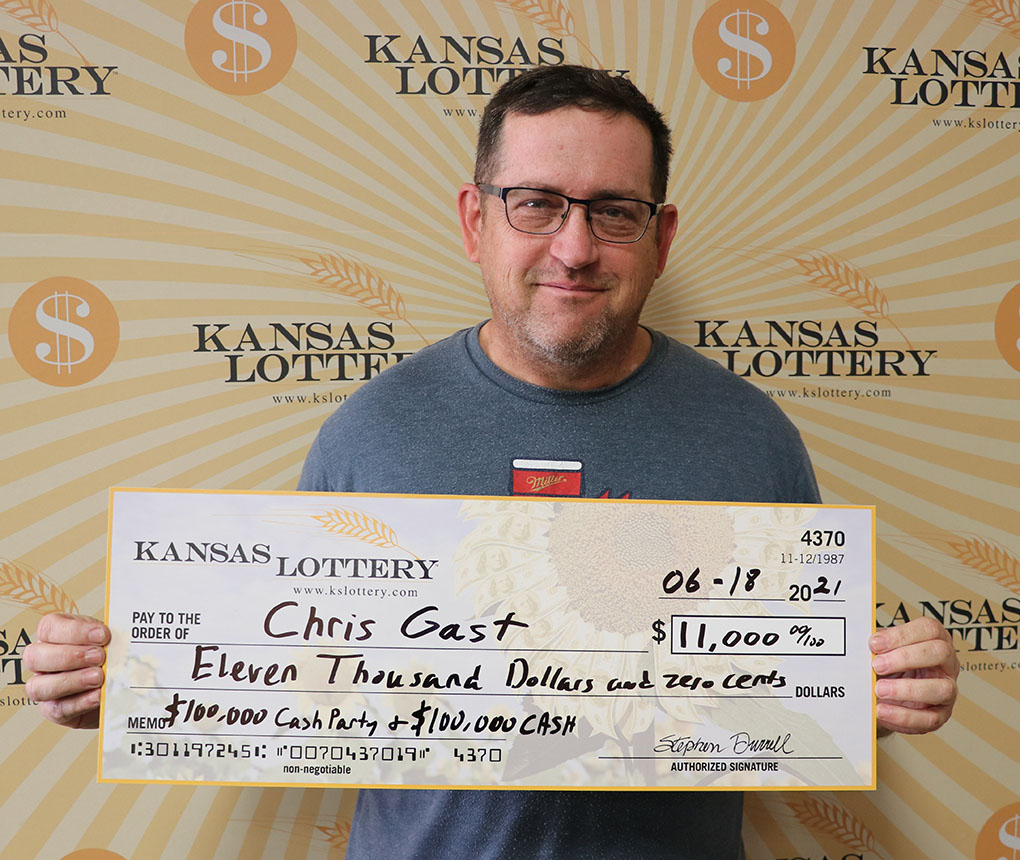 A Wamego man cashed in not one, but two winning Kansas Lottery tickets recently.
Christopher Gast cashed in on $11,000 in winnings over the past two weeks. He won big two weeks ago playing the $20 scratch ticket $100,000 Cash Party, hitting the second-tier prize of $10,000. Gast told lottery officials he plays about every day, but had never won any prize this big.
His luck continued, when, two weeks later, he bought a ticket from the same store, winning an additional $1,000 playing the same game.
The winning tickets were both sold at the Short Stop in Wamego 807 Highway 24. Lottery officials say tere is still one top prize left in the $20 $100,000 Cash game, and three top prizes left in the $20 $100,000 Cash Party game.
Gast plans to use his winnings to help add to his coin collection and buy a new air conditioner for his home.
Share. Twitter Facebook Pinterest LinkedIn Tumblr Email