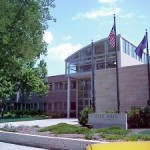 Manhattan’s City Commission met Tuesday night to discuss only a couple of items. First up was the first stage of a plan to replace the Traffic Operation Facility, which was rendered inoperable by the August 2010 microburst. Commissioners took very little time in discussion, passing the plan along by a unanimous vote. The new facility will sit on a City-owned lot at the intersection of 11th and El Paso Streets.

The Commission also took a look at the possible names selected for the new park in the South End near the Flint Hills Discovery Center. Name choices proposed were BluErth Plaza, Prairie Plaza, and Hartford Plaza. Commissioners decided to go with the first choice, but to change the spelling to Blue Earth Plaza. The name is derived from Native American civilizations that inhabited the area that lived in houses covered in earth from the Big Blue River. The earth carries a blue tint.