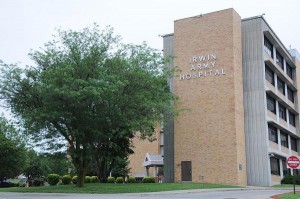 FORT RILEY, Kan. — Irwin Army Community Hospital is seeking to identify and treat Soldiers and civilians potentially exposed to the rabies virus while deployed to Iraq and Afghanistan after March 2010.

A Fort Drum Solider, who recently returned from Afghanistan, died Aug. 31 from rabies after being bitten by a feral dog while deployed.

Irwin Army Community Hospital is working closely with Public Health nurses and brigade commanders whose groups recently returned from Iraq and Afghanistan to identify and treat Soldiers and civilians who may have been exposed to the virus.

All Active, Reserve, those recently discharged from military service and Department of Defense civilians and contractors, who returned from a deployment after March 2010 and had contact with a stray animal while deployed, should be evaluated by medical personnel even if they have no symptoms of the virus. Families of these redeployed personnel also should encourage their loved ones to seek medical care.

Rabies is a virus that is found in mammals and is transmitted through a bite, a scratch that breaks the skin or saliva coming in contact with an open wound. The virus attacks the central nervous system and the brain, resulting in death.

Though the majority of rabies cases reported to the Centers for Disease Control and Prevention each year is made up of wild animals such as raccoons, skunks, bats and foxes, cats and dogs also can carry the disease.

Nurses will evaluate Soldiers and civilians who believe they have been exposed to rabies and refer those who need immunization for the appropriate treatment.

Rabies is not a disease that can be identified upon contact with a stray animal and often does not show signs or symptoms in an infected person until days before death. Stray animals may show no signs of disease at all and continue to spread the virus. The only true way to determine if an animal is rabid is to perform a soft tissue examination of the brain.

Though some Soldiers and civilians chose to vaccinate animals they found and kept in Iraq and Afghanistan, by acquiring vaccines from Family members or friends in the United States, those vaccines could have been contaminated or altered during transportation overseas becoming ineffective.

If Soldiers or civilian contract employees were scratched or bitten by an animal in theater they believed to be vaccinated, they still are encouraged to call the hotline for screening and possible treatment.