The Riley County Clerk’s office has released the receipts and expenditure reports for the primary candidates for Riley County District 2 county commission. The reports show each candidate has a different strategy on campaign funding.

Candidate Robert Boyd has had a total of  $3,280  in contributions, and $1,562.47 in expenditures. Boyd says he’s trying to get the word out about the race, and Boyd says he’s doing a variety of methods to accomplish that mission.

Candidate Jeffrey Holmes has had $525.00 in contributions, and has spent $4.345.00.  Holmes says his campaign revolves around folks in the county knowing him or his wife, and his expenditures are for a dual purpose.  The first is raising awareness about his campaign, and the second is finding ways to get voters to actually head in and vote.

Candidate Larry Larson has filed an affidavit indicating he will not spend or receive more than $500.00, and so he does not have to file a financial report with the Riley County Clerk’s office. Larson says he’s basing his campaign funding on his reputation, and his almost 30 years working for Riley County.

The next deadline for expenditure reports will be in October. 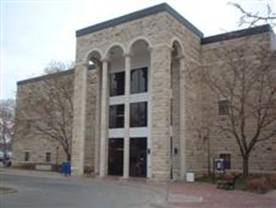