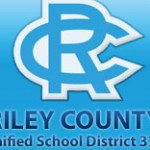 Tom Richard was selected to fill the vacancy. Thomson resigned from the board due to the district’s nepotism policy, with the recent hiring of his wife in the district.

Earlier in the meeting, Glen Hawkins put forth his own name for the open position. He was nominated and seconded, but the motion failed on a 3-3 vote.  Hawkins was recently a candidate for the Kansas House of Representatives 64th District seat.

The board also addressed staff pay in several votes:

The office configuration plan failed on a 3-2-1 vote as well.