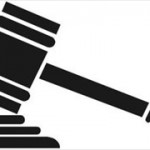 The Kansas Court of Appeals has reversed and remanded with directions in a two year old Geary County case. The STATE OF KANSAS v. LOAN TRAN case involves  Tran appealing the district court’s denial of her oral motion to withdraw her plea. Tran argues the district court erred by failing to inquire further concerning an alleged conflict of interest between Tran and her defense counsel.

Tran voluntarily accepted the plea agreement and was found guilty of possession of methamphetamine. But at the sentencing hearing 2 months later, she expressed concern about not understanding the process taking place. She ended up being sentenced to 20 months.

The 12 page opinion released Friday indicates “Given the lack of direct questioning of Tran and her counsel, we find the district court abused its discretion by failing to properly explore the potential conflict of interest between Tran and her counsel…. this flaw then resulted in a failure to insure that Tran’s Sixth Amendment right to counsel was protected. It follows that this failure fatally tainted the court’s action in summarily denying what it construed as an oral motion to withdraw Tran’s plea.”

The higher court reversed and remanded with directions to conduct a proper inquiry into Tran’s alleged conflict with her counsel.