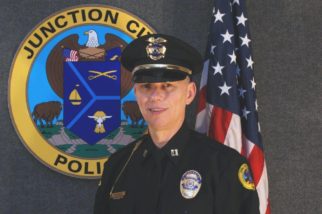 Captain Dan Breci will assume the duties of Interim Police Chief of the Junction City Police Department effective June 4, 2016 upon the retirement of Police Chief Tim Brown who has been a member of the Department for over 37 years.

City Manager Allen Dinkel said that the process to fill the position on a permanent basis will continue.