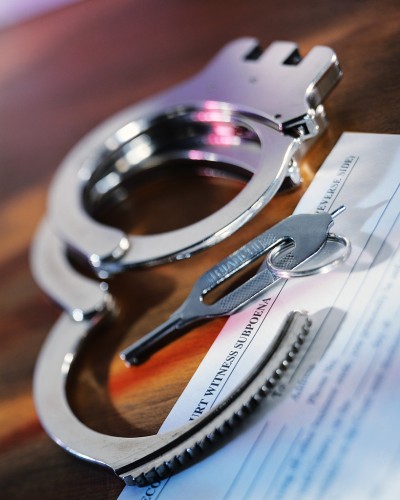 PORTLAND, Ore. – Authorities say a 39-year-old man formerly of Manhattan was arrested after officers who noticed him monitoring a Portland, Oregon police precinct found weapons and ammunition in his vehicle.

Portland police Sgt. Pete Simpson says Eric Crowl was arrested Sunday on charges of attempted assault, unlawful use of a weapon and unlawful possession of a firearm

According to Simpson, Crowl had been watching and filming officers at the precinct since April and considers himself a “Constitutionalist.”

On Sunday afternoon, an East Precinct sergeant asked an on-duty officer to speak with Crowl. The man who has a police scanner quickly drove away, but returned later to continue conducting surveillance.

Officers went to vehicle and arrested Crowl after finding a rifle, a shotgun, two handguns and hundreds of rounds of ammunition. Court records do not list an attorney for the Portland man.