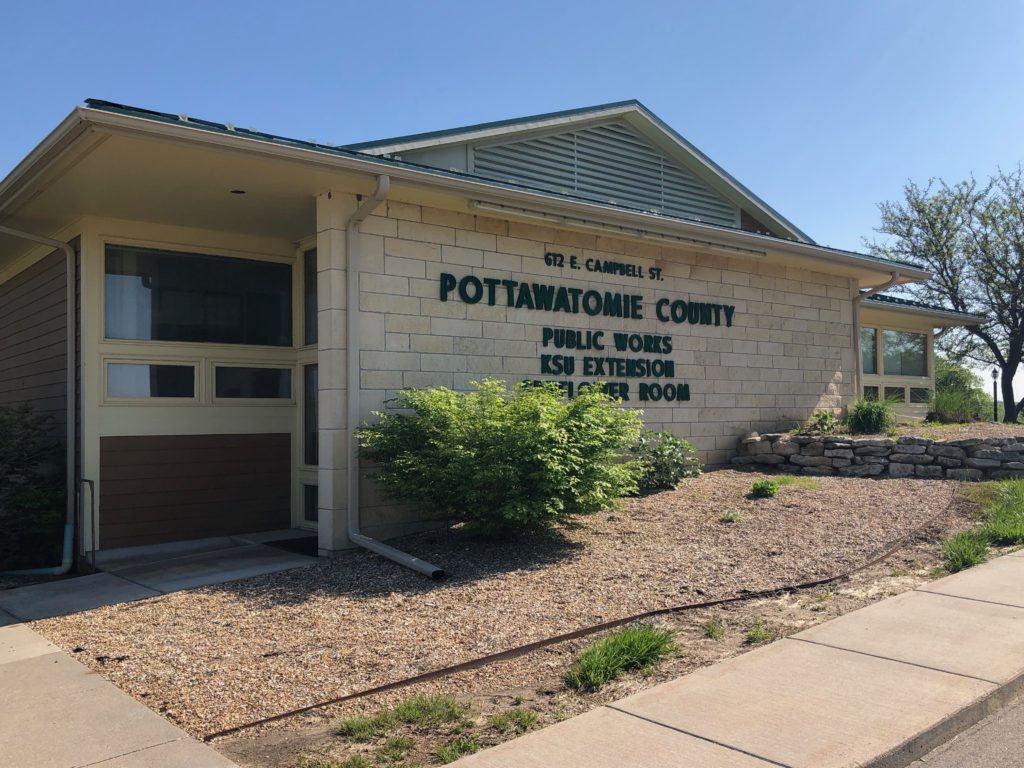 The Pottawatomie County Commission has approved its $34.4 million budget for 2020.

The budget which lowered the mill levy by more than a mill and a half passed by a 2-1 margin, with Chair Travis Altenhofen voting no after the public hearing. Altenhofen’s hang up was on a so-called slush fund which showed a little more than $5.2 million in unclassified dollars. At a recent joint meeting with the county’s planning commission, Altenhofen put forth a 10-year plan that would tie in where transfers come from each year versus leaving them unclassified.

Commissioner Dee McKee voted for the budget because she says it has funding in place for the future, even if it’s not clearly defined. She says some projects may be in negotiations two-to-three years down the road.

In other business commissioners discussed at length a 10-year plan to repair or replace some of the county’s 267 bridges.

During Monday’s meeting of the county commission, Public Works Director Peter Clark informed commissioners that 177 of those bridges were built within the last 50 years. In addition, a number of those bridges built between 1960 and 1980 are deteriorating faster than some of their older counterparts. There are currently 44 bridges that have received less than a 50 sufficiency rating, meaning they are candidates for replacement or repair. Three of those were recommended for repair or replacement in 2020, including bridges on Overland Road, Little Noxie Road and Cross Creek Road.

Over the next 10 years, Public Works would like to have 3 to 4 bridge projects per year to work on in order they are meeting the needs of the county’s infrastructure. Motions were approved unanimously to go forward on a number of proposals setting plans in motion for projects between 2020 and 2029. Commissioner Travis Altenhofen voted against contracting out a future bridge project on Calhoun Road, which ultimately carried 2-1.

Commissioner McKee says there’s a new program through KDOT that allows counties to seek grant funding to repair county bridges. Those grants would be dispersed in odd-numbered years, in exchange for the county finding bridges along dead-end routes that could be closed.

Several motions were approved to begin the work toward the 10-year plan. Projects approved for design in 2020 included bridges along Overland Road, Little Noxie Road and Cross Creek Road. Public Works Director Peter Clark told commissioners Monday there is enough funding available to do the next two years’ worth of projects. Beyond that the costs rise to more than $800,000 a year, which would put the county in a challenge to fund projects going forward. Clark says bridges would be prioritized based on their sufficiency ratings.

No timetable has been set for how the county would pay for bridge replacements beyond 2021, though commissioners briefly discussed the possibility of an election referendum in 2020 to raise the mill levy to support such projects.