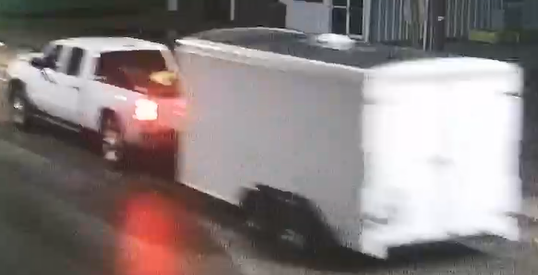 Authorities in Pottawatomie County are investigating a past theft of a trailer.

According to Sheriff Shane Jager, a report came in Monday to the 200 block of Noble Street in Belvue. The trailer was reportedly stolen around 4:45 a.m. Sunday and was towed away with what is believed to be a white 2011 to 2014 model GMC Sierra 2500 with front end damage to the bumper, grill and hood.

The trailer is described as a white 2017 Forest River tandem axle 14 foot bumper-pull with a missing fender on the driver’s side. Jager says the trailer contained a red Jahn’s United hydraulic jack system with accessories for lifting and moving houses.

Anyone with information is asked to contact Detective Kidd at the Pottawatomie County Sheriff’s Office, or leave a tip at ptsheriff.com.