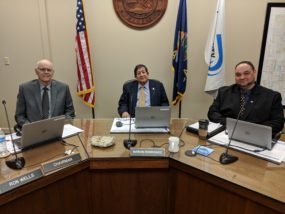 Another reason for this request is the have the Riley County EMS and Riley volunteers be on the same page when they arrive on scene.  This will allow the volunteers to actually help the patient when they arrive.  It will also let the two entities work more cohesively.

Overall, commissioners liked the idea and plan to review all details. Chairman Marvin Rodriguez said they would need around 30 days before rendering a decision.

47% of those who filed where male and 53% were female.  84% of the participants were caucasion, which Riley County is comprised of a population of 82% caucasion.  The number of clients this year that were African American was 7.8%, Hispanic was 6.5%, and the remaining 1.7% were Asian descent.