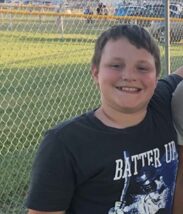 The Geary County Sheriff’s Office has ruled a June 14 shooting that killed a 10-year-old boy accidental, after a thorough investigation.

Sheriff’s Office Spokesman David Gilbert says Grady Erichsen’s death was a community tragedy that no parent should have to face. He says officers are still waiting on a few items to return as they wrap up their investigation, but says all signs point to accidental shooting, but did not specify any further.

Deputies responded June 14 to a residence on Clarks Creek Road, southwest of Junction City in rural Geary County where they found the boy. He was transported to Geary County Community Hospital where he died.