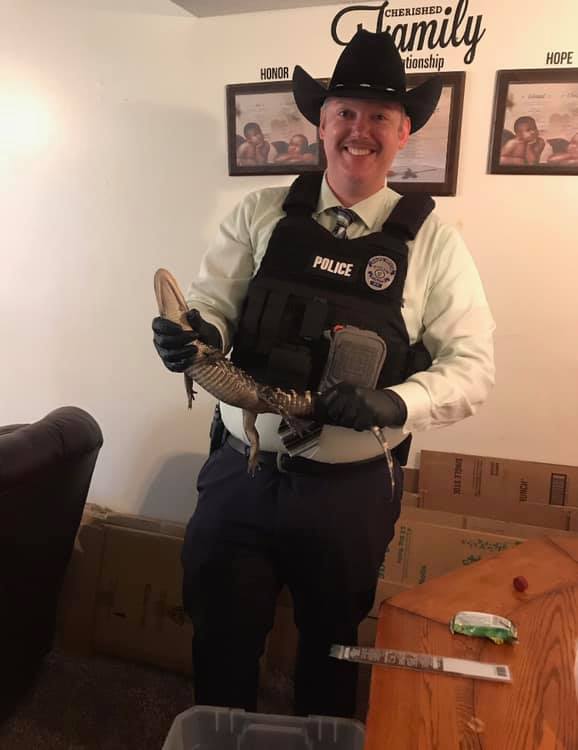 JCPD Lt. Cory Odell poses with the small alligator named Flash-bang that was removed from a home in Junction City after officers initiated a search warrant for drugs Wednesday. (JCPD courtesy photo)

JUNCTION CITY, Kan. — The Junction City-Geary County Drug Operations Group got a little more than they bargained for when they served a search warrant Wednesday at Junction City home.

Officers were called out to an apartment at 311 West 8th Street as part of an investigation into drug distribution and person crimes. In addition to uncovering heroin, crack cocaine, marijuana, drug paraphernalia and two guns, a small alligator was also wrangled and removed from the home.

Police also arrested an unidentified juvenile on a possession a felony drug paraphernalia charge, illegal possession of a firearm and possession with intent to distribute marijuana within 1,000 feet of a school.

The alligator was placed into the custody of the Milford Nature Center. It is against city ordinance to have alligators in the city limits.