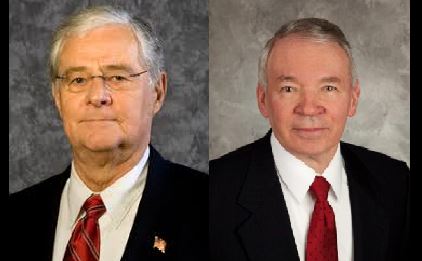 Manhattan area elected officials are weighing in on anticipated legislation to eliminate or reduce the state sales tax on food.

67th District Rep. Mike Dodson, of Manhattan, says for those not making much money it’s a big deal and the right thing to do.

Any tax bill introduced would be bundled with all the other tax proposals to be considered by the full legislature. Highland says if the sales tax goes away, it likely would mean adjustments within the state’s social services fund.

While revenues are rising enough to support such legislation in the short-term, Dodson says he’s not sure if it’s something that can be sustained long-term.

Dodson did say he believes the proposal will receive bipartisan support.

Two weeks after calling on leadership from both chambers to call a special legislative session, Highland remains confident it will happen at some point, noting anger and angst among constituents, primarily geared at vaccine mandates from the federal government.

Dodson also spoke with KMAN about some of the work happening in committees ahead of the upcoming session including on child care and education.

Dodson is also part of a committee to provide a memorial for Gold Star families at the capitol which he hopes will gain broad bipartisan support.