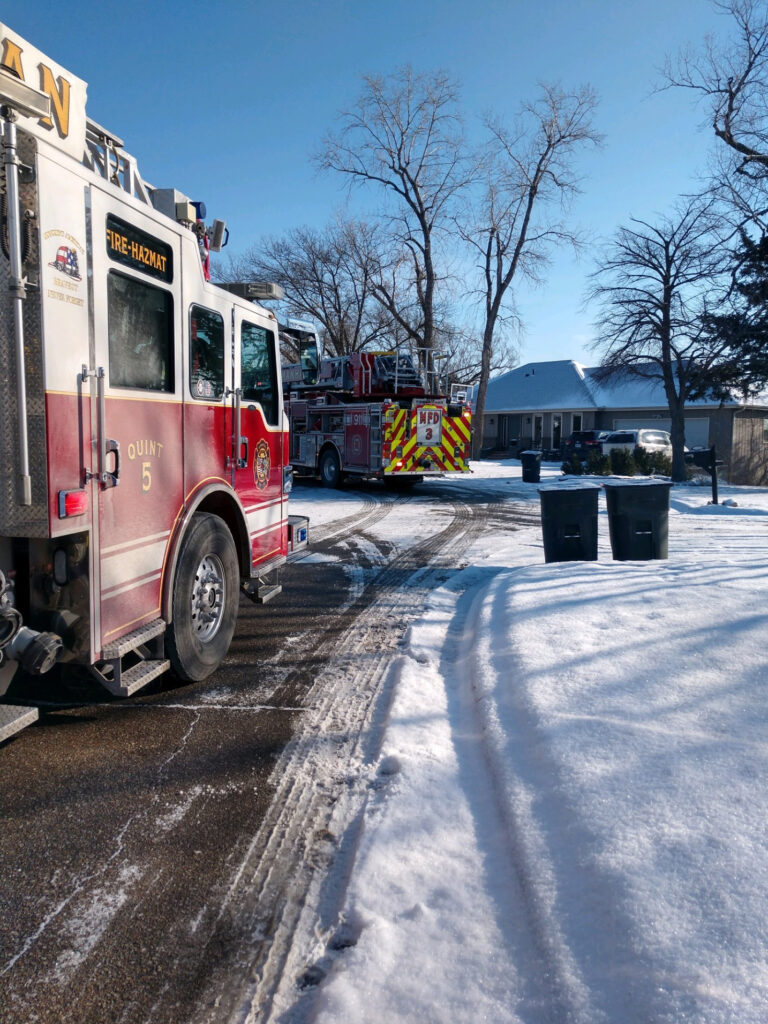 The Manhattan Fire Department had a busy day Wednesday, responding to three structure fires within a span of 12 hours.
Firefighters were dispatched shortly before 9 a.m. to 2905 Hickory Court, in southwest Manhattan, after the report of smoke coming from inside a single-story home. Fire was located beneath a fireplace in the ceiling cavity between the main floor and basement and contained within 15 minutes. Loss is estimated at $15,000 to the building and $2,500 to contents.
The cause was ruled to be accidental due to a fireplace issue.
———– 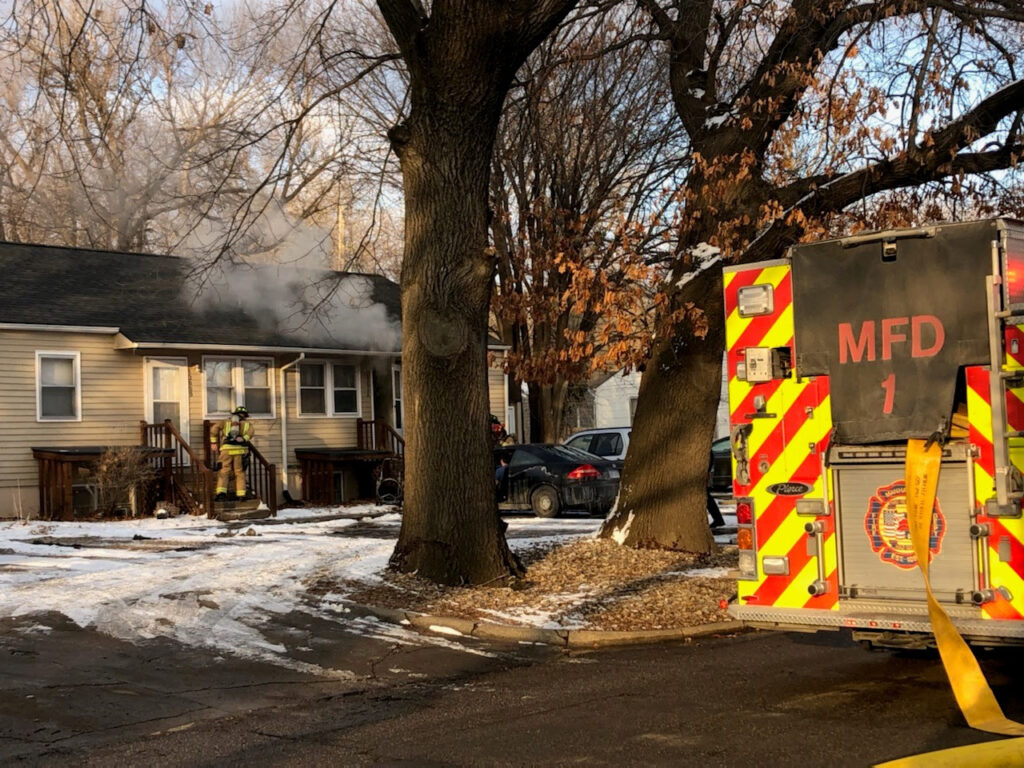 Crews were called out to 1200 Ratone Street at 5 p.m. for the report of smoke in a building.
The fire was put out within 10 minutes and crews removed two dogs and a cat from two apartments. Each escaped unharmed.
Two of the building’s occupants were displaced and are being assisted by the American Red Cross. Loss is estimated at around $30,000 to the building and $10,000 to contents.
———– 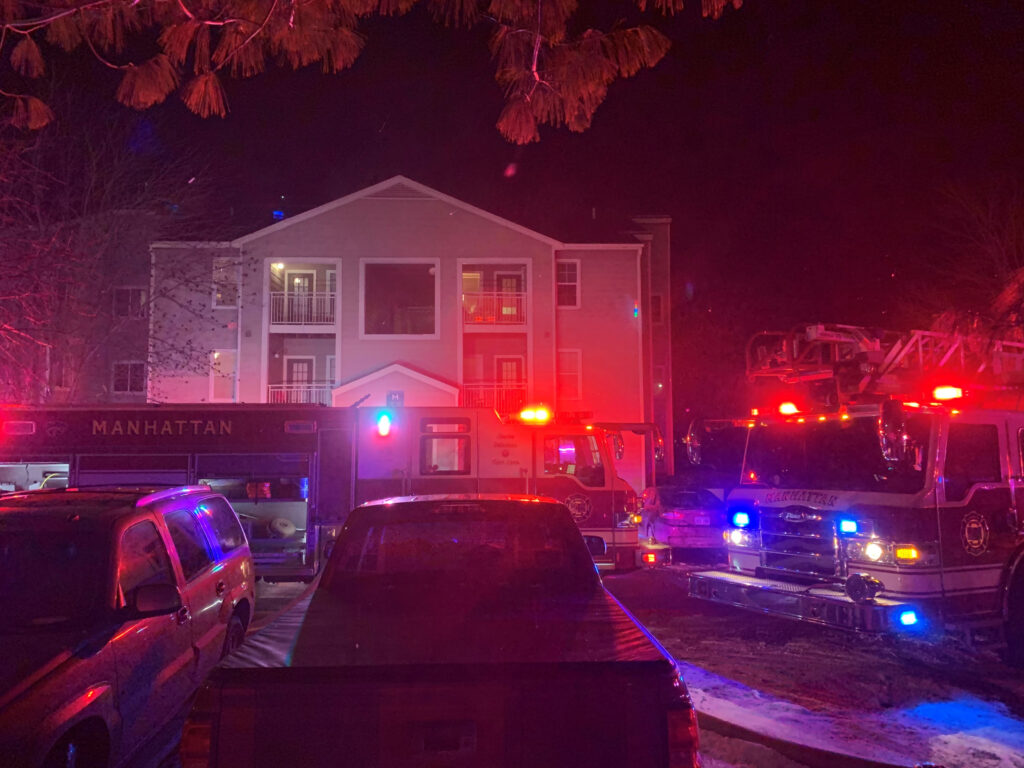 At around 9 p.m. crews were dispatched to the Gramercy apartments at College and Kimball Ave. to respond to a dryer fire on the first floor.
After evacuating the building, crews made quick work to extinguish the fire, but not before it caused about $10,000 in damage to the structure and another $5,000 to the building’s contents. At least one unit’s residents were displaced for the night.
No injuries were reported with any of the three fires.
Share. Twitter Facebook Pinterest LinkedIn Tumblr Email