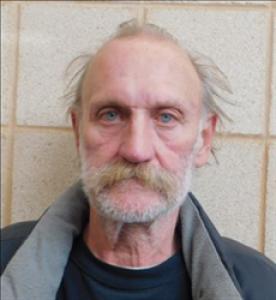 One person was arrested Tuesday during the largely peaceful protest through Manhattan.

Riley County Police charged 65-year-old Ralph Walters with making a criminal threat in the 1300 block of Fremont Street shortly after 8 p.m. Witnesses at the scene allege Walters shouted profanities at the group including using the N-word and threatening protestors with violence.

Walters was confined as of Tuesday’s arrest report on a $3,000 bond.

The protest was in response to the killing of George Floyd, the African American man killed by a Minneapolis Police officer last week. Protestors called for an end to police brutality and changes in policing overall.