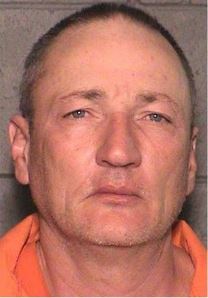 A Maryland man once listed on the Riley County Most Wanted list is now in custody for his alleged connection to a December 2017 attempted aggravated robbery case in Manhattan.

According to the Riley County Police Department, 60-year-old David Lee Gollahon was extradited from Baltimore, Maryland Thursday and booked on a failure to appear charge. Bond is set at $200,000.

Gollahon is currently serving a 13 year prison sentence on federal charges of armed bank robbery and brandishing of a firearm. Gollahon was convicted in 2020 for his role in two separate Baltimore bank robberies from early 2019.

Gollahon is charged locally with multiple counts including attempted aggravated robbery, aggravated burglary, criminal threat and kidnapping. The incidents are alleged from Dec. 29, 2017 in the 600 block of South Scenic Drive.

Online court records show the case was disposed in March 2019 after Gollahon failed to appear at numerous court hearings.