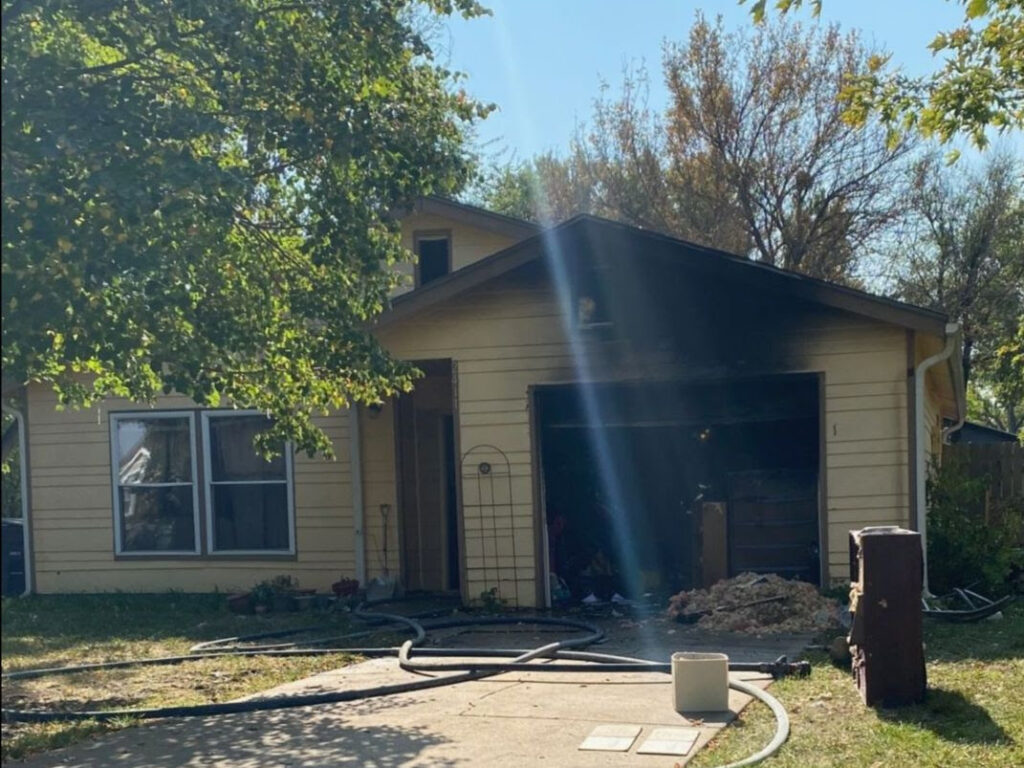 Manhattan firefighters battled a weekend house fire which reached a first alarm before it was contained a short time later.

The Manhattan Fire Department was called out to 2411 Brook Lane around 11 a.m. Saturday. Crews arrived to find a garage in a single story structure on fire. Everyone inside exited the building prior to firefighters arriving on scene. Crews searched the home and removed two pets, one of which was treated on scene for smoke inhalataion. No other injuries were reported.

The cause of the fire remains under investigation.