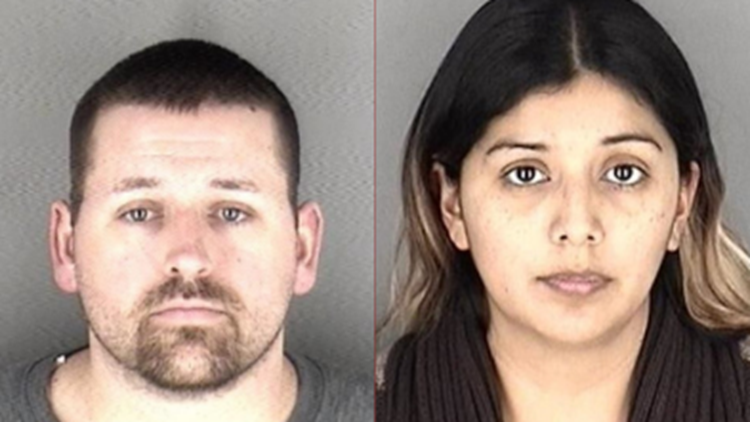 TOPEKA — A Texas couple wanted in connection with the abduction of their three children were captured Wednesday in Topeka.

Members of the U.S. Marshals Fugitive Apprehension Task Force located the vehicle of 32-year-olds Jeffrey and Maria Gilseth in Riley County Wednesday after a tip from Texas authorities that the couple may be in Kansas. The couple were wanted on charges of Interference with Child Custody and Unlawful Restraint out of Killeen, Texas.

Authorities followed the couple’s vehicle from Riley County to a Topeka toll plaza on Interstate 70. Both were arrested and booked into the the Shawnee County Jail. They are currently awaiting extradition back to Texas. The Riley County Police Department assisted with the arrests.

According to the U.S. Marshal’s Office, the couple did not have custody of the children, but allegedly took them during a supervised visit Feb. 21 in Killeen, Texas. The children, 11-year-old Hunter, 9-year-old Dylan and 4-year-old Levi Gilseth were taken to a Juvenile Intake and Assessment Center for processing. The children had been missing since Tuesday when a man claiming to be Gilseth contacted media and said he and his wife took the children because they feared they were about to be put up for adoption. A similar call was made by a woman claiming to be Maria.

Authorities say the boys were taken from the couple based on a history of violence between the parents.