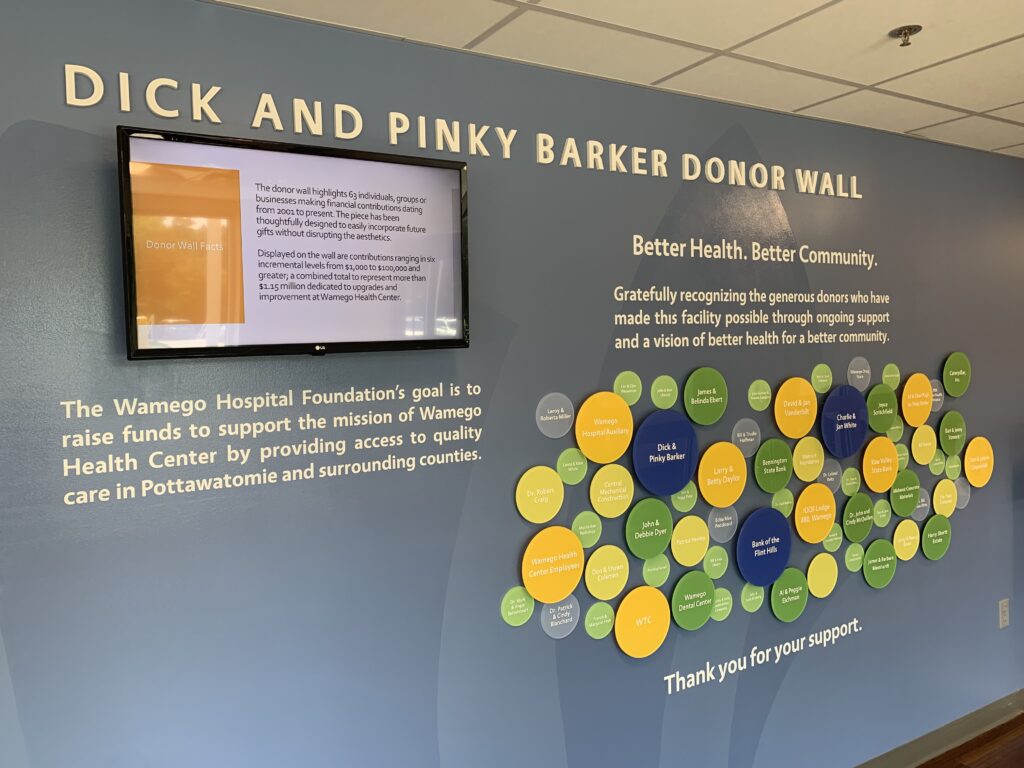 The Dick and Pinky Barker Donor Wall, as seen from the Wamego Health Center. (Courtesy photo)

The hospital’s foundation announced Friday that the Dick and Pinky Barker Estate gave a generous final gift of about $30,000 to help with future endeavors. The Barkers had previously given the foundation an initial $300,000 gift in 2013 to begin the renovation and expansion of the health center. Both were avid supporters of the facility and Dick was a long-standing hospital board member.

Their contributions have resulted in the expansion of the emergency room and updated patient rooms at the Wamego Health Center, as well as the addition of a Cardiac Rehab department, new Spacelab equipment and an upgrade to 3D mammography technology.