You are at:Home»Local News»RCPD arrests Kansas City man from department’s Most Wanted list 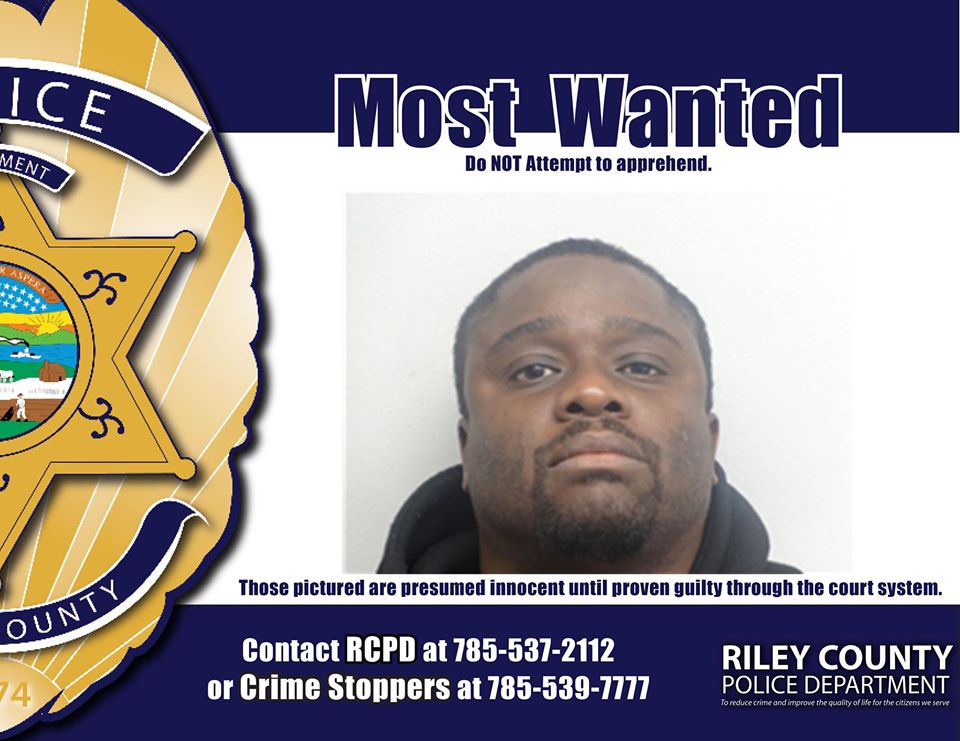 Riley County Police have arrested a Kansas City, Kansas man who previously was on the department’s Most Wanted List.

Jones also has a warrant from the Kansas Department of Corrections. Online records show Jones has active convictions out of Wyandotte County for rape involving a minor, aggravated battery and drug possession. He was listed as an absconder on March 27.